TSA condemn the breach of conduct by Th Brinda 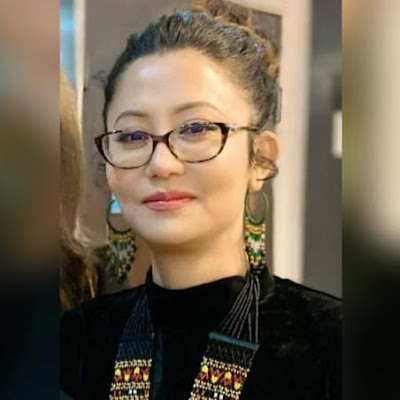 IMPHAL:The Thadou Students’ Association, General Headquarters (TSA-GHQ) strongly condemns the wilful act of Th Brinda, MPS for openly posting derogatory, defamatory and contemptuous post in her Facebook account against the Special Judge (ND&PS) and the Judiciary System on 21st May, 2020. The High Court of Manipur has taken-up a Suo Moto criminal contempt case and summoned the then Additional Superintendent of Police (Addl. SP) of Narcotics and Affairs of Border (NAB) Th Brinda for launching expletives against the Court for granting three weeks bail to former ADC Chandel Chairman Sesei Zou in a 2018 drug smuggling case.
Sesei Zou was arrested in June 20, 2018 and charge sheeted for his complicity in the case whereas many major drug case in the state are yet to be charge sheeted. But it has come to light that Th Brinda had demanded a staggering sum of money so as to not charge-sheet the accuse which was to be carried out within 6 months of the arrest as per the prevailing norms so that Zou could be release on statutory bail (automatic bail). Just a day before the expiration of 6 months (180 days) on the 179th day, she upped the ante, by doubling the amount which eventually led to the breakdown of the negotiation as the family were unable to cough up her demand. A charge sheet was promptly filed against Zou and therefore trials starts immediately. We appreciate state police department for submitting the charge sheet on time and the matter has been progressing with the trial conducted underway by the ND&PS Court.
We vehemently condemned the racial remarks of Th Brinda in her Facebook post on Saturday, July, 25, 2020 at 10:36 AM to an IPS officer belonging to Schedule Tribe (ST) category stating “One IPS Quota Police threatened my extended family member with dire consequences. What is the DGP saying on it? Shall we have complete show down?”  Reservations are the constitutional rights of the tribals. We are against the remarks and judgement made by Th Brinda over the hills people of the state by treating people based on caste, creed and race. Such acts of racism at its highest level by a Police Officer are completely uncouth. She should apologize for hurting the sentiments of the hill people.
As regards to the menace of drugs in the state, TSA supports all anti-drugs measures and steps taken by the churches, governments, NGOs, etc. The motto of “War on Drugs” was a mere slogan until Shri N. Biren, Hon’ble Chief Minister of Manipur took political risks and started educating by consulting and involving Church Leaders, Civil Societies, Police Department, District Administrations of the state through Seminar, Workshop, etc. This initiative and action of anti-drugs movement by Shri N. Biren Singh is laudable. We truly appreciate Shri N. Biren Singh led Manipur government for adopting a bold step in the much needed drugs affected state by setting up a Fast Track Court for ND&PS cases in April, 2018, without which more than hundred cases will not be disposed of with conviction.
Th Brinda also deserves to be given her due appreciation for her excellent performance in busting drugs cartels where she was deservedly awarded the “Gallantry Medal & Chief Minister’s Commendation” in 2018 and “Best Performer Award” in 2019. But her disdain towards the judiciary, the executives, the police department and her interference in political matters that was seen in her Facebook post is untenable.
There are instances where the then Addl SP(NAB) acts to be double standard wherein her sub-ordinates staffs were involved in drug mafia. The fact that Radhakishore, a Sub-Inspector (SI) at Narcotics and Affairs of Border (NAB) along with one (1) constable by name Sanjoy, three (3) VDF personnel and two(2) civilians were arrested by Thoubal Police on the intervening night of 12th March, 2019 for being involved in drugs trafficking. Thereafter, on 12th March, 2019 morning, with the advice of Th Brinda, the then OC, NAB Rishikesh Sharma went to Dr. S. Ibomcha, SP, Thoubal and Shri K. Jayanta, IGP Zone-I for the release of Radhakishore and all. There was also an instance where seized drugs were lost in the custody of NAB PS during which Th. Brinda was the Addl SP(NAB). Two (2) of the Officer-in-Charge (OC) of NAB PS viz. Rishikesh Sharma & Chandrakumar are now put under suspension. All this sums up that during her posting as Addl. SP (NAB), her conduct on drugs appears to be doubtful.
TSA condemn the breach of conduct by Th Brinda, a police officer in public domain threatening decorum to a law and order enforcement agencies. It is unfortunate that in spite of her outstanding performance she is communal in her intent and indiscipline in her conduct which is unbecoming of a police officer.