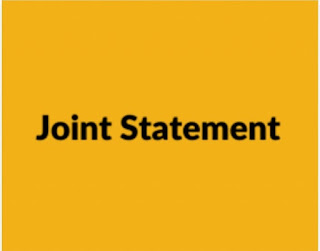 413 Myanmar civil society organizations reject ASEAN’s decision to appoint Brunei’s Foreign Affairs Minister II Erywan Yusof as its special envoy to Myanmar. The appointment has been made with the sole approval of the military junta, without consultation with the National Unity Government (NUG), civil society, and pro-democracy forces including the Civil Disobedience Movement (CDM). This is an affront to ASEAN’s own five-point consensus, and will only further emboldened the junta, providing the murderous criminals with the political leverage they seek, while continuing to commit grave crimes including war crimes and crimes against humanity.
The people of Myanmar have continuously rejected the junta’s brutal attempted coup for over six months in line with ASEAN’s Charter’s declaration of “adhering to the principles of democracy, the rule of law and good governance, respect for and protection of human rights and fundamental freedoms”. Meanwhile, the junta has murdered 948, arrested 7,055, displaced over 230,0000 people since the coup by conducting fierce aerial attacks and artillery shelling against civilians, villages and religious buildings. Since 24 April, 200 peaceful protesters have been murdered and 2,626 have been arrested.
The Myanmar CSOs express deep disappointment with ASEAN and their lack of inclusive decision-making process and inaction in the face of some of the most heinous crimes committed in the region.
The junta robbed people of Myanmar their sense of security and dignity as ASEAN, led by Brunei’s Foreign Minister II as the Chair, dithered in its appointment of the Special Envoy. The agreement of the five-point consensus, led by the Chair of ASEAN, Erywan Yusof, was agreed upon without the inclusion of the NUG. This is the same Chair that is now tasked with resolving urgent and pressing crisis in Myanmar.
Moreover, upon his visit with the junta in June, civil society organizations condemned his reluctance to meet with other parties, including the NUG, ethnic leaders and the CDM. The visit was mired in lack of transparency due to this absence of engagement with all parties, which was contrary to the five-point consensus which reads: “A special envoy and delegation shall visit Myanmar to meet with all parties concerned.” Despite the visit the junta has not made any commitments to implementing the five-point consensus.
This appointment of ASEAN’s Special Envoy will only serve to maintain the status quo and reaffirm ASEAN’s role in lending political legitimacy to the junta. Further delay by the UN and international community to intervene, placing the ASEAN at the driver’s seat, will only prolong the suffering of the people of Myanmar while ASEAN risks aiding and abetting the Myanmar military in its terror campaign against the Myanmar people with its ongoing crimes against humanity and war crimes.
Myanmar CSOs call for an immediate intervention by the UN to resolve the human rights and humanitarian situation in Myanmar, under the coordination of the UN Secretary General. ASEAN must work with the UN to tackle the deteriorating situation in Myanmar and work with all parties, especially the NUG in solving the regional crisis. The humanitarian aid that is urgently needed must be provided directly to the COVID-19 Task Force, local CSOs, community-based organizations, ethnic administrations, and appropriate forces within the CDM, including through cross-border channels in consultation with the NUG, not through the junta nor the ASEAN Coordinating Centre for Humanitarian Assistance on disaster management (AHA Centre).
For more information, please contact:
Khin Ohmar, Progressive Voice, info@progressive-voice.org
Moon Nay Li, Kachin Women’s Association Thailand, kwat.office@gmail.com
Please note: Due to serious security concerns, names of 413 local civil society organizations who endorsed and signed this statement cannot be disclosed. The signed CSOs work on range of humanitarian, human rights protection, and rights-based issues in Myanmar.
Share !

BANGKOK: The Singapore police have summoned PJ Thum, New Naratif’s Founder and Managing Director, for another round of questioning on March 5, 2021.  According to Thum, the police have declined to return his laptop and phone, which were seized on September 18, 2020, until the conclusion of the ongoing investigation.

Amnesty International, Article 19, ASEAN Parliamentarians for Human Rights, CIVICUS, FORUM-ASIA, Human Rights Watch, and Scholars at Risk reiterate their joint call for the Singapore government to drop the investigation of New Naratif and repeal or substantially amend all laws that curtail the rights to freedom of expression, association and peaceful assembly to bring them into line with international standards.

(October 2, 2020) We, the undersigned civil society organizations, urge the government of Singapore to order the Elections Department (ELD) to immediately withdraw its police report against New Naratif, and to cease abusing the law to harass critical voices and independent journalists.

On 18 September 2020, Singapore’s Elections Department released a press statement in which it stated that it had filed a police report against the independent online media outlet New Naratif for “illegal conduct of election activity” for alleged publication of five paid advertisements on the social media platform Facebook, without the written authorization of a candidate or his election agent during the General Election of July 2020.

On 18 September, PJ Thum, New Naratif’s Founder and Managing Director, was notified that he would need to report to the police for questioning, and on 21 September he reported to Clementi Police Station, where he was subjected to questioning for four and a half hours. The police also accompanied him to his home and seized his laptop.

While the Elections Department’s statement does not specify which Facebook posts were allegedly illegally advertised, on 3 July it issued a statement in which it directed Facebook to “remove unauthorised paid Internet Election Advertising.” Following the statement, New Naratif received pro-forma emails from Facebook stating that the following posts did not comply with their advertising policy:

The posts remain online but according to New Naratif they did not re-boost them.

Under Section 83(2) of Singapore’s Parliamentary Elections Act (PEA), the conduct of any election activity requires prior written authority signed by a candidate or his election agent. Section 83(8) stipulates that “election activity” includes any activity “which is done for the purpose of promoting or procuring the electoral success at any election for one or more identifiable political parties, candidates or groups of candidates; or prejudicing the electoral prospects of other political parties, candidates or groups of candidates at the election.” Any person convicted of such offence may be liable to a fine of up to $2,000 and/or imprisonment for up to 12 months.

Under this provision the scope of what can amount to election activity is extremely broad. Virtually any act of information dissemination or awareness-raising relating to key issues of public interest conducted in the lead-up to or during an election can fall under the overbroad scope of “promoting electoral success” or “prejudicing electoral prospects,” and must therefore receive prior written authorization. The provision is so vague that it does not allow for individuals to be able to adequately predict what activity could fall foul of the law, while allowing the Elections Department to control, censor and potentially criminalize any political speech and discussion during the election period.

According to international human rights law, all restrictions on freedom of expression should be provided for by clear, detailed and well-defined laws; be imposed to serve a legitimate aim, namely to protect the rights and reputation of others, national security, public order, public health or public morals; and restrictions must be both necessary and proportionate to achieve the defined legitimate aim. The PEA does not meet these requirements.

The right to freedom of expression is crucial during elections, which should be guaranteed including through free media, freedom to discuss and debate public affairs, the right to hold peaceful assemblies and freedom of association, and to promulgate, receive and engage in a plurality of political ideas and viewpoints through free, balanced and fair election campaigning and advertising.

Particularly within the context of Singapore, where the election campaign period often lasts only for days or a couple of weeks this provision allows for censuring of independent media outlets crucial to facilitate information and dialogue on key issues of public interest within a narrow period during which it is most pertinent to people in Singapore prior to the casting of their votes.

Furthermore, the law is particularly problematic as the Elections Department is not an independent body but is part of the Prime Minister’s Office. This allows for discriminate advantage to be given by the ELD, which answers to the Prime Minister, to information, expression and opinions expressed in line with or favourable to the ruling party, rather than politically opposing viewpoints.

Our organizations are further concerned that the latest police report and police summons received by New Naratif follow a well-documented pattern of Singaporean authorities using vague and broadly-worded laws to unduly restrict the right to freedom of expression, and harass human rights defenders, independent journalists, members of the political opposition and ordinary individuals with a view towards deterring critical dissent of the government.

We therefore call on the Singapore authorities to:

**For a PDF version of this statement, please click here.