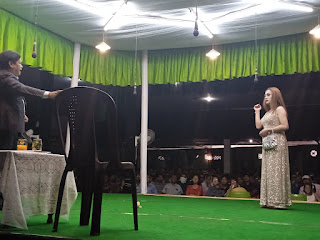 On the other hand, All Manipur Sumang Leela Producer Association, Manipur State Kala and All Manipur Lila Council rejected today’s results and submitted a written petition rejecting the results. Demanding to reveal the marks received by the associations and individual artists and the rules and regulations judging the performances and questioning how many scenes can be performed on the stage in a given play.