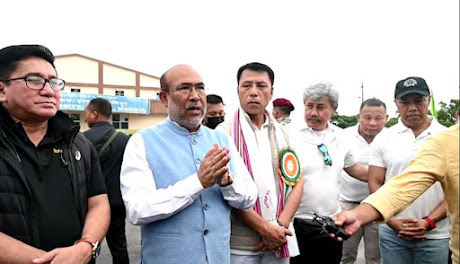 As a part of the Olympic Day Run programme, CM responded to the media about the Indo-Myanmar Border dispute fencing case. He said that he already requested the Union Home Minister to look into the matter and carry out the work of fencing in proper place as accepted widely by the people of the State. He further stated that, the work of fencing in Border Pillar No. 80 and 81 will be carried out only after a proper settlement is made and so he also requested the people to stop the ongoing agitation regarding the matter.