ILP system in Manipur was decided to be 1961 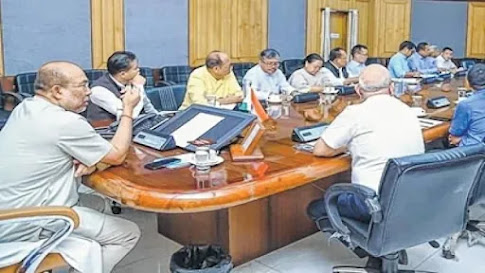 As decided by the Cabinet on June 22, 2022, base year of the ILP system in Manipur was decided to be 1961. Federation of Haomee stated that the base year 1961 is not appropriate and also said that the illegal immigrants who entered the state before 1961 are safe from the act and this includes all the fore fathers of the immigrants. In the press release, it was stated that Manipur Government should check the way of implementation of ILP system in the neighbouring states of Arunachal Pradesh, Mizoram and Nagaland before the Cabinet decision was taken.
Further, Federation of Haomee questioned both the Manipur and India Government about the illegal migrants from the neighbouring states of Myanmar and Bangladesh in connection with the Foreigners Act 1946 and further questioned the Detect and Deport work related to the act.