Further said that, the work of fencing still continues 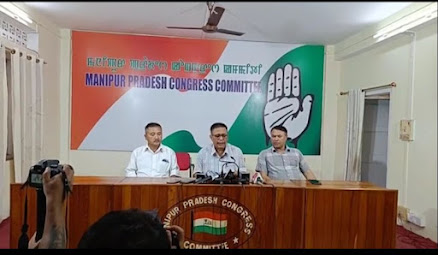 He said Congress Party condemned the action of the Police on the Agitation of the dispute organized  by UCM which injured two persons including one member of UCM and a member of media. In continuation, he said, the concerned pillar No. 80 & 81 is about 2 to 3 kms. and the distance of India Myanmar  border is 395 km. He mentioned the various changes in pillar no. viz. pillar no 73 to 75, Tamu Moreh Pillar no 75 to 79, and Kwatha khunou from pillar no 80 to 83 and lastly and Jura khunou from pillar no 85 to 95 respectively.