Bhund village of Haryana after boycott of Dalits, fact-finding report will be released soon: NCHRO 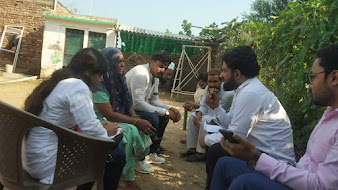 The situation after the boycott of Dalit community in Bhund village of Panchkula district in Haryana could have been prevented, had the administration wanted. Due to the failure of the administration and the conspiracy of some organizations, this situation has arisen in the village.
These preliminary facts have come before the fact-finding team in the fact-finding conducted by the human rights organization NCHRO.
Azeem Naved, the general secretary of the organization and a member of the fact-finding team, issued a press statement and said that upon the instructions of Delhi State President Advocate Amit Srivastava, the fact-finding team visited the affected village.
The team met the two parties and gathered information and facts related to the incident. Along with this, the investigation team also spoke to the SHO of the area and some of the accused people of the village. Primarily the facts that have come to the fore before the team indicate that after the marriage between a girl belonging to the Gujjar community and a boy from the Dalit community, some people from the Gujjar caste of the village and former heads of Panchayat carried out the boycott of Dalits. Had the administration wanted, the incident would not have taken such a form.
If on 8 September, when the complaint was lodged in the police station, the local administration had acted properly, the case would have been prevented. But the administration rejected the complaint and did not process it for several days. As a result, the anti-social forces got an opportunity to hatch a casteist plan to boycott the Dalit community of the village.
He said that the organization would soon release its detailed report and this report would be sent to the Chief Justice of the State, Chief Secretary, Scheduled Castes Commission, Chief Minister's Office and the State Human Rights Commission. The fact-finding team comprised of Punjab Pradesh Working Committee's Vice-Chairman advocate Rehana Gujjar, journalists Rukhsar Bano, Asrar Ahmed, Ishu Jaiswal and Bharti. Apart from these, the team was accompanied by Sohil Sidora, Abdul Sattar, and Moinuddin from the village side, who guided the team in the village.