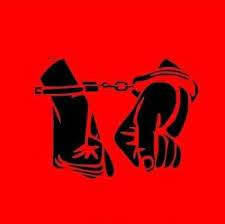 Rihaai Manch described the denial of emergency bail to Ateekur Rahman as inhuman and a violation of his right to life.
The General Secretary of Rihaai Manch, Rajeev Yadav, said that 27 year old Ateekur Rahman, resident of Meerut and son of Chaudhary Charan Singh, and student of PhD, is suffering from heart ailment and 10 years before his arrest in October 2020, his treatment was ongoing in AIIMS hospital. The doctors had suggested surgery for him a month before his arrest. They referred to his elder brother and said that if proper treatment is not provided to him, his life will be endangered.
Rajeev Yadav highlighted the death of Father Stan Swamy due to illness in Maharashtra jail, who was booked under the UAPA, and said that no lesson has been learnt from that case. Stan Swamy was not given bail despite asking for treatment several times. He said that in the case of Ateekur Rahman, too, the attitude of the government regarding interim bail for treatment is inappropriate and cruel.
The general secretary of the Manch said that the right to life is paramount and it cannot be compromised in any situation. If something untoward happens to Ateekur Rahman, its blemish will be not just on the Uttar Pradesh government but also on the court.
While on their way to Hathras to meet the family of the victim in the Hathras gangrape case, Ateekur Rahman and Siddique Kappan were arrested along with eight Muslims by the Uttar Pradesh government under the anti-terrorist law UAPA. Ateerkur Rahman was alleged to be a member of the Popular Front of India, although his family has denied it. Popular Front of India is not a banned organisation.
By,
Rajeev Yadav,
General Secretary, Rihaai Manch
9452800752