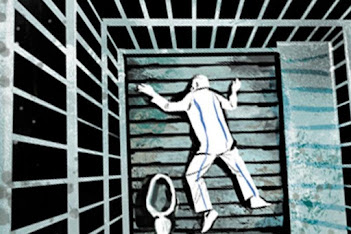 KOTA: In the case of custodial death in the Saangod police station of Shahid Mansuri, human rights organisation NCHRO filed a complaint in the human rights commission. The organisation also wrote letters to the Chief Minister and the Director General of Police, demanding an investigation against the police personnel and an appropriate compensation to the family. In the letter sent via email, member of the national executive committee of the organisation, Adv. Ansar Indori, has written that cases of custodial death are serious which the human rights commission and the supreme court have linked to police brutality. According to the victim's family, Shahid Mansuri was tortured in police custody, as a result of which he died. They have demanded in the letter that an urgent investigation be started against the accused policemen and that the victim's family be given appropriate compensation. In the press note related to this case, he said that according to the human rights commission and the supreme court, no person should be subjected to any kind of torture in custody.
But the cases of custodial death are not ceasing. In the case of late Shahid Mansuri, prima facie the physical and mental torture cannot be denied. The state government should immediately start an investigation against the police officers.
Sincerely,
Advocate Ansar Indori,
Human Rights Lawyer,
08955994260