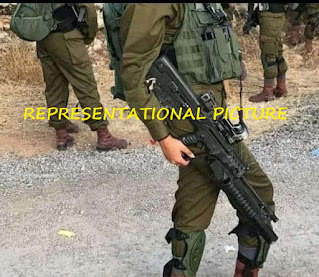 IMPHAL: Even as the whole state is facing the hardships of the second wave of Covid-19 pandemic, extortion activities by armed groups along Imphal-Jiribam national highway are also increasing.

Unfortunately, security forces deployed for providing protection to the transporters are remaining silent over the matter.

According to a driver, who is rendering the service of transporting goods along the highway, the government assured of adequate security cover during daytime and restricted movement of vehicles during night.

However, different armed groups are robbing the transporters in broad daylight and police are doing nothing to stop such illegal activities.

These armed groups come out openly in broad daylight in Oinamlong Bazar, Nungkao and Nungba Bazar areas, and collect Rs 1000 each from the trucks.

They also assault drivers if they refuse the payment.

From there, the trucks are again stopped by another group of armed persons near a speed breaker near Nungba Bazar and collect Rs 2000 from every truck.

The location is within a short distance from Nungba police station but they do nothing to stop the criminal acts despite repeated requests, the driver contended.

He further said that each truck has to spend a minimum of Rs 6000 for each trip (to and fro) .

With police doing nothing to check the illegal activities despite repeated complaints, transporters are becoming suspicious of police getting their share from the extorted money.

Last month, TDC and Drivers' Union took the matter to the government's knowledge and the government assured of providing adequate security cover along the highway to ensure smooth passage to the transporters.

However, all the security forces deployed there - CRPF, Assam Rifles, Manipur Police or other paramilitary forces - are turning a blind eye to the extortion spree.

Recently, chief minister N Biren had instructed district authority concerned to arrange adequate security measures in order to ensure smooth passage of transporters who are bringing in essential commodities during the pandemic.

Unfortunately, the ground reality is quite different from the assurance and instructions given by the CM.

The driver then drew attention of the government for giving strong instructions to the security forces to provide effective security cover for the transporters and added that the state and its people will suffer unspeakably if the transporters cease service.

📣 Citizen Radio is now on Telegram. Click here to join our channel (@citizenradio and stay updated with the latest headlines