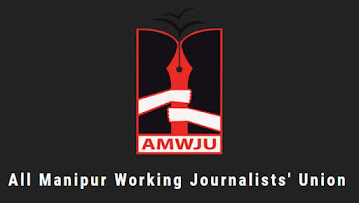 IMPHAL: Newspaper in Manipur on Thursday failed to hit stands as scribes suspended their works following a joint decision of All Manipur Working Journalists’ Union (AMWJU) and Editors’ Guild Manipur (EGM). Following the decision, broadcasting of news has already been suspended by the local cable TVs since last evening.

AMWJU and EGM resolved to cease work as they are unable to make a decision regarding the publication of a statement dispatched by one of the two groups of a major rebel outfit that is going through internal conflicts.

The media bodies convened a joint emergency meeting on Thursday at Manipur Press Club, Imphal, to discuss the latest development in the freedom of press. Publishers and producers of newspapers and local cable networks also attended the meeting on the invitation of the scribes’ bodies. Unable to take any decision on the latest problem faced by the scribes, AMWJU and EGM has decided to convene a meeting with leaders of prominent civil society organisations of the state on Friday.

This is the third time the normal working at the media houses in the state is disrupted in a month's time. The reasons for the cease work agitations are different.