Two executives of MSAD arrested by Imphal Police from Delhi. 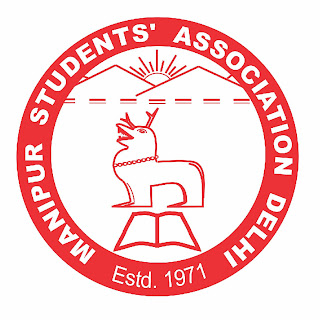 NEW DELHI: Yesterday at around 4:00pm, MSAD executive and advisor met two Imphal police personnels after they reached out to MSAD to discuss matter related to MSAD press release on 20th November against Education Minister’s announcement that Sanskrit language will be introduced in schools and colleges of Manipur. With respect to that statement MSAD have already issued a Press Statement Ref.no MSAD/PR/27/2020/11/30 on 30th November regretting the use of explicit words to the particular group. Msad is not against any particular religion or language but our statement was for the protection of the indegenious peoples of Manipur. The police personnels detained MSAD's Secy. General and advisor at Maurice Nagar Police Station, Patel Chest for around 4 hours demanding other executives of MSAD to surrender to them. They have FIR filed against MSAD's executive and were tracing location of the concerned executive. Following that Secy. General and Organization Secy. of MSAD were arrested yesterday at around 7:00pm and were kept under their custody. They were produced at Patiala Court today and will be transited to Manipur by 10th December. We appeal to the concerned authority to consider the matter with good faith and resolve this issue amicably from both side to not further cause havoc to the executives of MSAD.