Journalist tortured in custody must be released 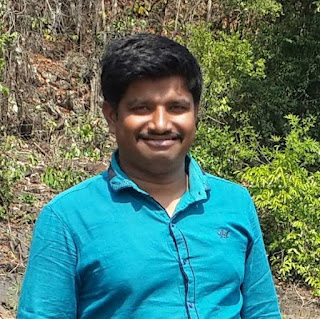 CHATTISGARH: Authorities in the central Indian state of Chhattisgarh must immediately look into serious allegations of torture, drop charges against journalist Prabhat Singh for allegedly sharing a message on Whatsapp underlining the absence of any kind of protection extended to journalists by the state police, and release him without delay.
‘The authorities must respect the crucial work of the media and human rights defenders and refrain from apparent attempts to silence them through arbitrary arrests and torture. This is violating the victim’s human rights and sending a chilling message to those who want to speak out and express grievances. There must now be an independent investigation into allegations of torture. Intimidation and harassment cannot become order of the day in Chattisgarh,’ said Tara Rao, Programmes Director at Amnesty International India.
Known for his reports denouncing police inaction and excesses, Prabhat has been under the police’s watch for a long time.
According to Prabhat Singh’s lawyer Xitiz Dubey, “Prabhat was picked up by the police on Monday and was in their custody without a first information report (FIR) for one day. Finally, when he was produced in court on Tuesday, Prabhat told the judge about the torture he was subjected to in custody. His chest and hand had several marks resulting from such treatment.”
Prabhat, who is a stringer with the local newspaper Patrika, was arrested under Section 67 and 67A of the Information Technology (IT) Act for “publishing and transmitting obscene material in electronic form.” He has also been charged for extortion and obstructing the police from duty which Singh claims to be false. A local court remanded Prabhat in judicial custody for a week. If convicted he could face imprisonment for up to three years. Prabhat, who was also working with a television network ETV News for two months, had his contract suspended allegedly under police coercion.
Journalists in this region have received threats from Samajik Ekta Manch, a vigilante organization that has often been alleged as being a front for the Bastar police.
‘The state government must ensure safety of journalists and investigate reports of police brutality. ’, added Tara Rao.
Torture violates Article 7 of the International Covenant on Civil and Political Rights (ICCPR), a treaty binding on India. This provision is reflected in Article 21 of Indian Constitution, it sets out the non-derogable right to be free from torture and other cruel, inhuman or degrading treatment or punishment.
BACKGROUND
Journalists and human rights defenders in Bastar have been at the receiving end of human rights abuses by both security forces and Maoist armed groups in connection with their work.
Local journalists Santosh Yadav and Somaru Nag have been in judicial custody since July and September 2015, respectively. Santosh Yadav, who has faced repeated police harassment in the past, is charged of rioting, criminal conspiracy, and attempted murder, as well as “associating with a terrorist organization” and “supporting and aiding terrorist groups” under laws including the Chhattisgarh Special Public Security Act and the Unlawful Activities (Prevention) Act, none of which complies with international human rights law and standards.
Following the arrests, journalists in Chhattisgarh have been protesting against what they say is growing police harassment and a deteriorating work environment, especially in Bastar districts. In December 2015, Chhattisgarh Chief Minister Raman Singh met protesting journalists and reportedly acknowledged the challenges they faced. He also proposed to set up a committee to look into issues faced by journalists.
In July 2015, a senior police official allegedly called for the ‘social exclusion’ of Soni Sori and Lingaram Kodopi, both considered by Amnesty International to be prisoners of conscience, after they accused the police of carrying out an extrajudicial execution.
Journalists in Chhattisgarh have been targeted by both security forces and Maoist armed groups in the past. In December 2013, journalist Sai Reddy was killed allegedly by Maoist armed groups who suspected him of working with the police. Another journalist, Nemi Chand Jain, was found dead under mysterious circumstances in Sukma district in February 2013. In 2011, two other journalists, Umesh Rajput and Sushil Pathak, were also killed in Chhattisgarh.